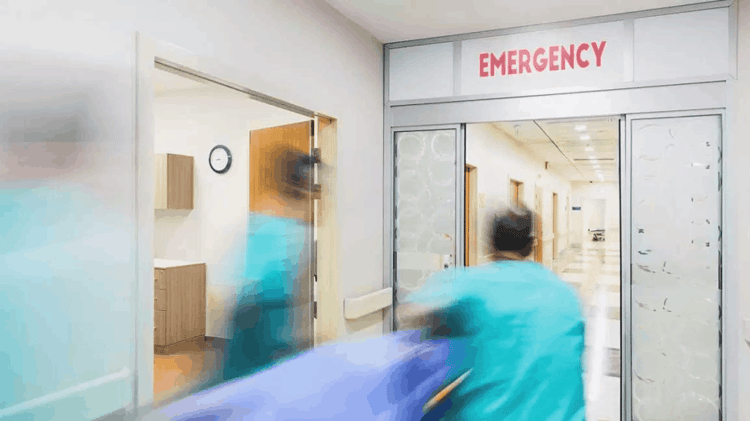 Everything moves quickly in the emergency department. It has to—people’s lives are at stake. So if something prevents a medical professional from receiving critical patient data, it creates real problems.

With that in mind, the Senior Integration Engineer at a 436-bed Midwest community hospital used his creative problem-solving skills and the powerful features within Corepoint Integration Engine to improve the way preliminary EKG results reached their Emergency Department.

Results with No Orders

When a patient is brought into the ER unconscious, medical professionals act fast to assess the situation. Often there isn’t time to order an EKG—it simply needs to be done immediately to gain information that may save the patient.

The issue our customer wanted to solve for occurred when Epic, their EMR, would discard MUSE™ (a cardiology information system) preliminary EKG results because there was no order associated with it. As a result, the doctors had to wait for a paper copy to be manually delivered from the Cardiac Catheterization Lab.

To correct this, he worked closely with a Corepoint Health Client Support Analyst, Sam. They created an interface in Corepoint Integration Engine that holds onto the preliminary EKG ORUs without an order for a few seconds while it generates an order by copying the ORU and converting it into an ORM SN with the default ED provider.

Next, the engine passes the newly generated order through to Epic, followed immediately by the results, where they link and notify the provider who can now take time-sensitive action.

“I built it because I thought it would help the patients.”

But the workflow doesn’t stop there. When Epic receives the clinical documentation, it automatically sends an ORR to tie back to MUSE to ensure both systems are in sync and have consistent data.

Because MUSE doesn’t accept ORR messages, the engine converts it to an ORM XO (order update) and passes it through. This way, when it comes time for the provider to finalize everything, the data will marry automatically.

“The head of the EKG Department—who had to put up with complaints that they didn't get the preliminaries—is ecstatic and says this will take a lot of pressure off of his department and free up his people to work with patients and not track down reports and run them over.”

As the engine is converting the ORR into an ORM XO message for MUSE, it also writes the whole ORR message to a database with identifier fields so it can be searched for later.

After addressing the issue with the preliminary orders, there was a new challenge to face.

When a patient enters the emergency department, they’re given a default doctor and placed on a triage list that the attending doctors work through. When a doctor is assigned to a patient from the list, all the prior orders, results, and exams up to that point need to automatically transfer over to the assigned provider.

What they were finding, however, was that Epic was unable to change the engine-generated orders, so our customer and Sam partnered up once again to develop a new interface in Corepoint Integration Engine.

Now when an attending doctor is assigned to a patient, there is a solution in place to update previous orders to reflect his or her information.

It starts with Epic sending an ADT message, triggering the engine to look at the A08s and identify those with an attending doctor and EMR listed as the location. When located, the engine searches for the patient’s preliminary ORR message in the database using certain identifier fields, and if found, converts it to an ORM XO with the most current data (i.e. the attending provider’s information). The ORM XO is then flagged in the database as “used” so it won’t be duplicated in the future.

Finally, the updated message is sent to Epic, and will now line up in the attending doctor’s list of items he or she has to sign off on and finalize.

This entire process helps ensure a smooth transition for patients as they transfer to the physicians now responsible for overseeing their care.

Our customer credits the success of making his ideas a reality in part to the back-and-forth approach he had with Sam, our Client Support Analyst, especially as new or unexpected challenges crept up.

When asked if this collaborative approach from a vendor was unique to him, he replied:

“For other companies, yes. It's not unique to Corepoint. Everybody's very helpful and listens. That's what's nice about your support team. It’s like working with a fellow colleague."

The engine’s intuitive functionality also allowed our customer to tap into his problem solver’s mentality for this project, and he is ready to tackle every new complexity or challenge thrown his way. He sees it as him versus the computer, and he simply won’t let the computer win.

“With help from your whole staff, but especially Sam, I have been able to—so far—solve each problem they've given me.”